Did you know that April is National Sexual Assault Awareness and Prevention Month? The theme for this year, according to the National Sexual Violence Resource Center, is “Embrace Your Voice.” From a blog post in September by Susan Sullivan announcing the theme, she says “Our words shape the world around us. How we talk about sexual violence matters,” spurring forward the theme “Embrace Your Voice.”   For over 40 years, SABRE has stood as a proud advocate of women's safety through their extensive line of self-defense products and by teaming up with several philanthropic causes that operate on a global scale. The SABRE team is passionate about prevention and equipping women to fight back and feel safe. With a 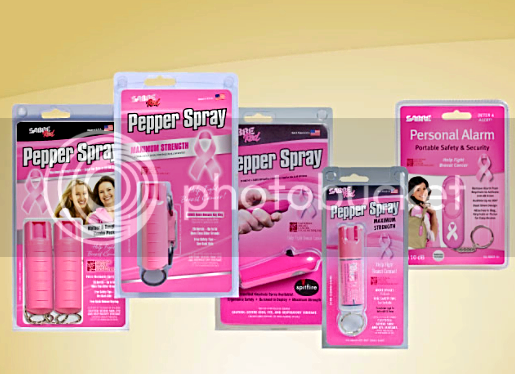 variety of safety products, self-defense programs and other resources available, SABRE is dedicated to personal safety on all fronts.  “Even in today's modern world there are still women in the fight for their lives,” said SABRE CEO David Nance. “Up to 70% of women globally will suffer a violent experience in their lifetime—potentially more as many assaults and rapes go unreported.”