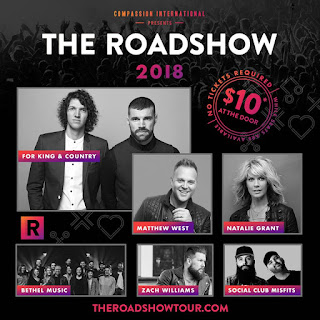 We are one week away from The Roadshow Concert!!  Bethel Music is amazing! Their hit song "We Will Not be Shaken" has been widely played here in Vegas and a become a backdrop of our community today.  Brian & Jenn Johnson are co-founders of Bethel Music, WorshipU, and have been integral in the production of over fifteen albums that have influenced the culture of worship across the global church. They are committed to raising healthy family, cultivating community, and fostering unity among worship leaders from around the world. Brian & Jenn’s newest solo album, "After All These Years" will release in late January 2017.

Brian facilitates an atmosphere of faith in worship and has written anthems such as "Have it All", "We Will Not Be Shaken" and "One Thing Remains," which was awarded #1 song for ASCAP Christian Music and #1 Radio Single in 2013. Known for her powerful vocals and unique prophetic sound, Jenn has authored songs such as, "In Over My Head", "Come To Me", "God I Look to You" and "O Taste and See".  Together they are passionate about raising up worshippers who take hold of their true identity and pursue intimacy with God above all else. There are advocates of living a lifestyle built on vulnerability, faithfulness, and connection to community. 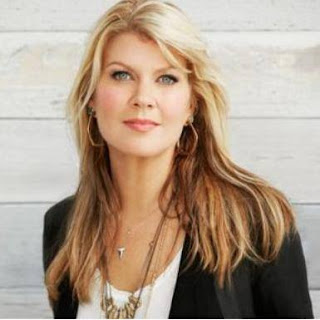 Six-time Grammy nominated Natalie Grant is known for her powerful and soaring vocals, heart-gripping lyrics and passionate performances, and has remained on of the top-selling Christian and Gospel artists since her 2005 breakout RIAA Gold certified album "Awaken".  She has since gone on to have nearly 4 million in career sales.  The Gospel Music Association has named her Female Vocalist of the Year 5 times and she has had multiple number 1's on the Billboard singles and albums charts, including her most recent record titled, "Be One".  Beyond her music career, Natalie is the author of several books, including a tween book series title "Glimmer Girls."  Her fashion and jewelry line, NG by Natalie Grant, has seen great success, and most importantly she has used her platform to be an outspoken advocate for victims of human trafficking since 2005. Catch Natalie Grant at The Roadshow Tour next Thursday night!  This year it's jammed packed with many well known, highlighted artists you are not going to want to miss!!