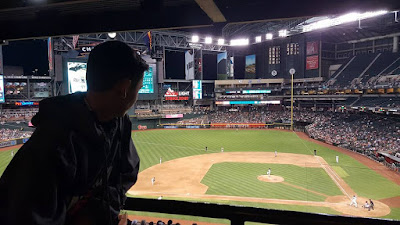 It's that time!!!  Baseball is here and the Arizona Diamondbacks will host the 14th annual Chevrolet D-backs Fan Fest from Noon-4:00 p.m. next Saturday, Feb. 17, at Salt River Fields at Talking Stick. The free event will offer fans access to current players, coaches, alumni and broadcasters.

The annual event will include unique access throughout the award-winning Spring Training complex and will feature a variety of activities for everyone, including: