The Mob Museum announces FREE admission for Nevada residents and buy-one, get-one admission for non-residents, sponsored by Zappos, to celebrate Kefauver Day, which commemorates the Kefauver Committee hearing that took place in the Museum’s courthouse in 1950. To allow guests additional time to experience the Museum, it will offer extended operating hours, remaining open until 10 p.m. on that night only.  I took the kids last year and we  had a blast.  It was so interesting and a great learning experience!
Named after Senator Estes Kefauver of Tennessee, the Kefauver Committee hearings held in 14 U.S. cities in 1950 and 1951 were pivotal in the national fight against organized crime, as well as events that influenced the development of Las Vegas. 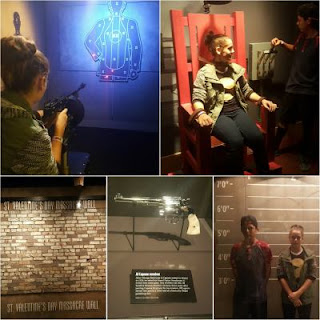