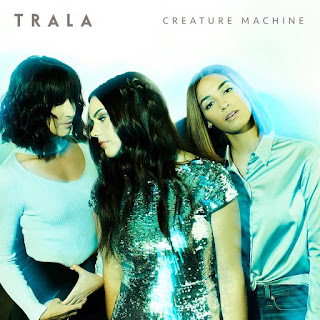 Moriah Peters is a California girl who developed a heart for God at a young age. She is one that young girls everywhere can look up to.  At just 13 years old she started writing her own songs and in 2012 released her first album entitled I Choose Jesus.  She is a great role model and an inspiration to so many!  She carried a 4.1 grade average while in high school and currently attends Grand Canyon University while on tour.  After two albums and seven years of touring, she began to battle loneliness and a desire for change.

While on a trip to Jerusalem she was open to leaving music behind for the first time.  Her prayer was simple, "Where next?"  The revelation she had is that she did not need to go anywhere, she only needed to turn around and notice who was already there with  her.  While in prayer she had the vision of the two women who remained by her side as bandmates and friends through the highs and lows of her journey so far.    It was on that trip that paved the way for TRALA.  Peters currently lives in Tennessee with her husband Joel Smallbone from the band King & Country.

Let's welcome Moriah Peters and TRALA back to the West Coast!