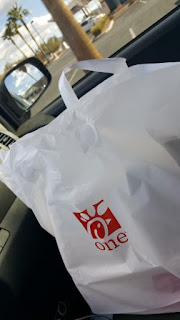 Guess who just opened up their doors this past week to the Las Vegas Valley?  Yup - you guessed it!  Chick-fil-A opened up their very first location in the Vegas Valley this past week.  In fact they didn't just open one, but two - the same day!  Many of us locals would have to drive out to one of our surrounding states just to get a taste of this favorite take out.  We had an opportunity to tour the restaurant and get a taste of their famous menu before the doors opened to the public.  As I pulled up, I had to keep reminding myself that I was still in Vegas! 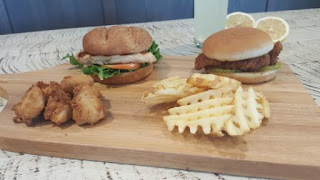 It was such an odd, but good feeling pulling up and not being out of town!  As I walked in I could smell the aroma of freshly coated chicken and their famous crunchy waffle fries.  There was a display of some of their most popular items, which I could not wait to get into!

As we took a tour of their kitchen, we learned some pretty interesting facts that we thought we'd share to help introduce Chick-fil-A to those in the Las Vegas area that haven't been yet. 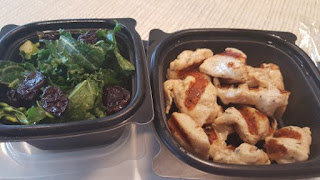 This was my lunch - if you're trying to go more the healthy route this year, don't count out Chick-fil-A! They have plenty of salads and healthy options available like grilled chicken and their Superfood Salad (which is a new favorite of mine!) It's chopped broccolini and kale blend, tossed in a sweet and tangy maple vinaigrette and topped with dried sour cherries, served with a roasted nut blend on the side.

I also had a chance to sit down with the new owner of one of the restaurant's, Dave Taplin.  Dave isn't a newbie to Chick-fil-A, in fact he's from Arizona, where he previously owned a franchise in Mesa, Arizona.  As a Mom, I wanted to get Dave's plan to reach out to local families in the community.  He is a Father of four children - all under eight years old, so he def knows what it's like to be a parent and in touch with the community.  Dave went over how his restaurant is very family friendly - adding that their are no TV's to distract family time.  They even have placemats that will literally stick to the table, so you don't have to keep pulling off that sliding placemat! Ah - and guess what? You can even trade your child's toy in for an ice cream! While I wasn't able to get any definite plans of what Dave has in the future as far as Mom groups or speciality nights go, I do trust that he know's exactly what he's doing and do not have any doubt that there will be plenty in store.  What is even more exciting is that his wife, Dana is the marketing director for their location.  I love that! A strong couple, who has a family of their own, working together to invest in our community!  That is just awesome! 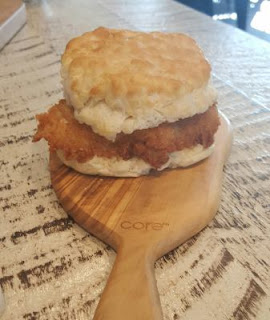