Kingdom of Far Far Away Competition 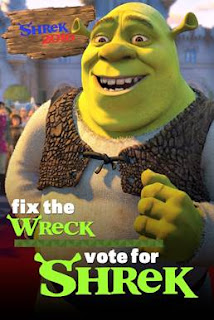 I love this!  So cute and a great way to get the kids in on the fun, right!  As the Presidential primaries move forward and the candidates continue to smear each other on social and in the press, the four independent candidates for office in the “Kingdom of Far Far Away” – Pinocchio, Prince Charming, Fairy Godmother and Shrek – do their own “mugslinging.”  Playing out over social media and the DreamWorksTV YouTube channel, the Presidential hopefuls recently shared their official campaign slogans via the posters below.  The campaign so far has generated more than 6.6 million impressions on social media, and over the next eight months, the four candidates will debate their positions on the biggest issues in the kingdom to prove which (fairytale) figure is most worthy for office. 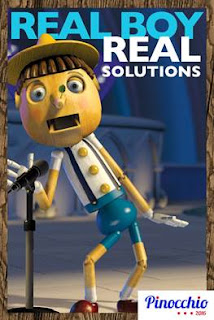 Fans will ultimately decide the winner of the race, so follow the candidates for the latest, and feel free to share any of their posts, posters, etc