Available for the first time ever as part of Disney's
prestigious blu-ray diamond edition collection.

Released from the Disney vault for the first time in almost seven years, THE JUNGLE BOOK swings onto Blu-ray Diamond Edition in the U.S. on February 11, 2014. Based on Rudyard Kipling’s classic novel, this song-filled celebration of friendship, fun, and adventure was Disney's 19th animated masterpiece and the last animated feature to have Walt Disney's personal touch. Now, viewers can experience its lush and colorful world and jazzy, toe-tapping songs - including the "I Wan'na Be Like You” (my fav!) and Academy Award-nominated classic "The Bare Necessities" - with the ultimate in high definition picture and sound clarity. Also featuring thrilling new bonus features, THE JUNGLE BOOK is next winter’s must-own Diamond Edition Blu-ray!

The ultimate Disney fairy tale, SLEEPING BEAUTY, once again awakens to exquisite new picture and sound on Blu-ray in the U.S. in October 2014. Heralded by audiences and critics alike, SLEEPING BEAUTY was one of the final fairy tales to be that Walt Disney himself worked on. Fully restored with revolutionary Blu-ray technology, this animated classic’s dazzling colors, spectacular action, and Academy Award-nominated orchestration (for Best Music, Scoring of a Musical Picture) shines brighter than ever. With wondrous new bonus features families will love, SLEEPING BEAUTY charms like never before on Blu-ray Diamond Edition!

Which one is your favorite? I have to say that out of these two, the Jungle Book is my favorite.  I just love the music, it makes you want to get up and dance in the living room with your children! These old time Disney movies always bring back memories, a smile and some good times introducing them to my children now.  A great collection for years to come! 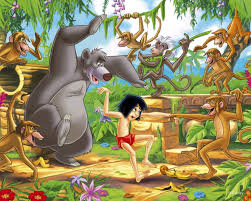 About The Jungle Book:
Based on the Rudyard Kipling’s classic novel of the same name, The Jungle Book follows young Mowgli on a fun-filled journey with unforgettable characters, including Bagheera, the wise panther, the jazzy King Louie, the hypnotic snake Kaa and the lovable, happy-go-lucky bear Baloo, who teaches Mowgli “The Bare Necessities” of life and the true meaning of friendship. 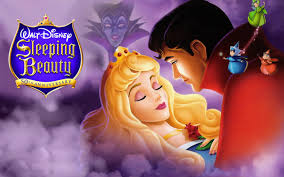 About Sleeping Beauty:
Sleeping Beauty tells the wondrous tale of a princess cursed by an evil witch, protected by three loving fairies and, ultimately, saved by a “true love’s kiss.” Featuring the voice talents of renowned opera singer Mary Costa (as Sleeping Beauty) and Disney stalwart Eleanor Audley (as the evil fairy, Maleficent), the film’s vibrant visuals were created by a team that included Milt Kahl and Ollie Johnston, John Lounsbery, Frank Thomas and Marc Davis (of Disney’s legendary Nine Old Men), and an Academy Award nominated score adapted from the incandescent music of Peter Tchaikovsky.