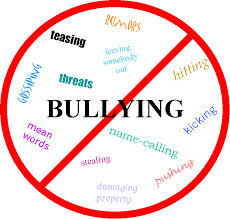 Celebrating Stand4Change Day on May 3rd

Have you ever been bullied? Has your child ever had to go through the experience?  Bullying is something we have been dealing with this year with my youngest son.  He is ten years old and in the fourth grade. Yes! The fourth grade, can you believe that?  Since the beginning of the school year, my son has been picked on by a particular child. The teacher has been aware, the principal was made aware and my son has been to the counselor approx. four times throughout the year and yet nothing has been done or should I say nothing has been done to stop this in it's tracks.  This child even tried to choke my son and yet he was still in the same class and at school the next day.  As a parent I was and still am furious that all year the school has ignored this and allowed this to continue to go on throughout the year.  For having a "No Tolerance" police on bullying, as a parent, I'm asking what does that really mean? For it to go on all year, what kind of "No Tolerance" policy is that? My husband & I have even talked to the school district and was even more disappointed.  They did not seem to be concerned. It's funny how we hear this all the time on the news that concerns have been brought up and yet nothing is done until it's too late.

Defeat the Label, an international anti-bullying organization, announced today that more than 2 million students, in all 50 states and across 7 continents have already pledged to participate in this year’s Stand4Change Day on Friday, May 3rd.   Stand4Change Day is a worldwide event hosted by Defeat the Label to bring attention to the issue of bullying in our schools. Defeat the Label provides a short lesson plan, student pledge, video and additional resources for educators to share with their students.  Through partnerships with the American Federation of Teachers, National Education Association, Anti-Defamation League, Education International, organizations such as Operation Respect, media networks including MTV, CBS Radio and in conjunction with Funny or Die, Defeat the Label has already doubled participation from last year’s event.   “The response to participate in Stand4Change Day this year has been amazing.  Kids are at the core of what we care about. Now is the time to raise national visibility of this issue and direct more resources where they are needed most. I hope every school considers bringing Stand4Change Day to their student body,” said Jeff Sakwa, President of Defeat the Label.

Defeat the Label is also teaming up with Twentieth Century Fox Home Entertainment to offer a free screening of their latest DVD release, Koala Kid, available in stores April 30th to a winning school that participates in Stand4Change Day 2013.  Koala Kid takes you down under to meet a whole new breed of hero in this laugh-filled, action-packed animated adventure with an all-star voice cast, including Jenni Pulos, Rob Schneider, Tim Curry and Alan Cumming.  Every 7 minutes a child in the US is bullied and Defeat the Label is dedicated to promoting an inclusive, judgment-free society by working with schools, parents and kids to promote a bully-free community.  Abraham H. Foxman, National Director of the Anti-Defamation League comments, “As we celebrate ADL’s 100th anniversary, we imagine a world without hate and we are proud to support Stand4Change.  Please join millions of students and teachers on May 3rd as we unite to stand up against hate, bias and bullying. ”

About Defeat the Label
Defeat the Label is a national non-profit organization dedicated to creating critical awareness of bullying issues in schools and communities. Through the development of awareness campaigns, community outreach, and special events they empower young people to take a stand against bullying and promote an inclusive judgment-free society. For more information and to get involved, visit www.defeatthelabel.org or www.stand4change.org.