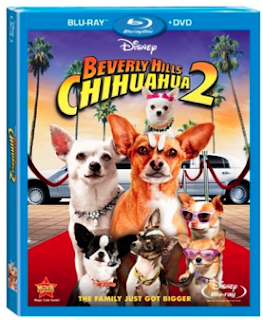 From the creators of Beverly Hills Chihuahua, everybody’s favorite talking Chihuahuas are back in a comedy that’s a pack of outrageous fun for the whole family. Puppy mayhem turns the lives of newlywed Chihuahua parents, Papi and Chloe, upside down when their playful puppies present one challenge after another. But, when their human owners find themselves in trouble, the tiny pups will stop at nothing to save them—because in good times and hard times, the family always sticks together. Papi, Chloe and the puppies embark on a heroic adventure, proving once again that big heroes come in small packages.

Featuring an all-star cast, including George Lopez (voice of Papi), and complete with a litter of bonus features, this heartwarming tale of the meaning of family, friendship and loyalty is a special breed of fun—times five.