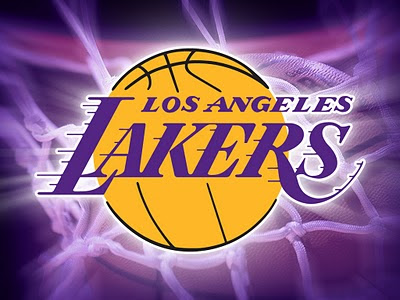 After Sunday's loss, today I'm stepping away from our normal feature and getting pumped up for tomorrow nights game six against the Boston Celtics. I grew up in a house where my Dad spent his free time watching baseball and football....I have no idea how I became interested in the game of basketball. My dad of course supported my interest and I remember the first Lakers game he took me to - Kareem's retirement game! From then, I was hooked. When everyone else would be in bed, I would be in the living room cheering and yelling at the Lakers game on TV.
One of my favorite radio stations is a huge supporter of the LA Lakers - Power 106 When I heard the Official 2010 Lakers Anthem by DJ Felli Fel it honestly gave me a high just listening to it! LOL! It really gets you pumped up, excited and ready for the next game.

Get that Laker Groove on & support your Los Angeles Lakers as they take on Boston tomorrow night at 6pm pacific time. GO LAKERS!!!!!!!