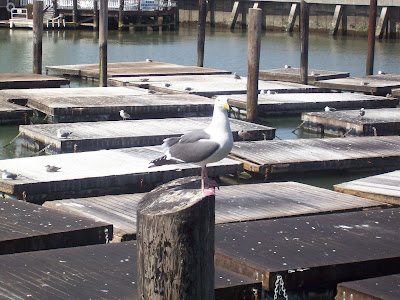 The Sea Gull v.s. My Son 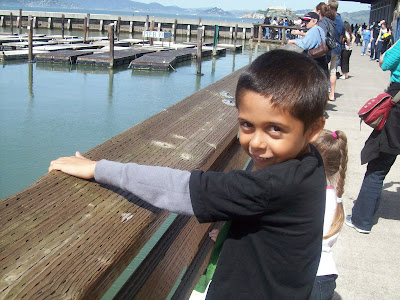 This is now our least favorite bird!! Today we spent the day at Fisherman's Wharf in South San Francisco. At one of the piers there are sea lions that lay and swim near the docks. It is a major attraction - a big part of the wharf. So we took the kids down to see the sea lions. On our way there, we noticed Ben & Jerry's was giving away free ice cream cones today, so stopped and each got an ice cream cone. Once we got to the area where the sea lions were, we stopped to watch them. There was a huge crowd, as always. We were all eating our ice cream and all of a sudden this sea gull swooped down and grabbed my son's ice cream cone right out of his hands and flew off to one of the docks and swallowed the whole thing - paper and all.....I felt so sad for my son! That was so mean - it's like stealing candy from a kid on Halloween - it's just not right!
Email ThisBlogThis!Share to TwitterShare to FacebookShare to Pinterest
Newer Post Older Post Home